Implicit Bias and Woman in the Workplace 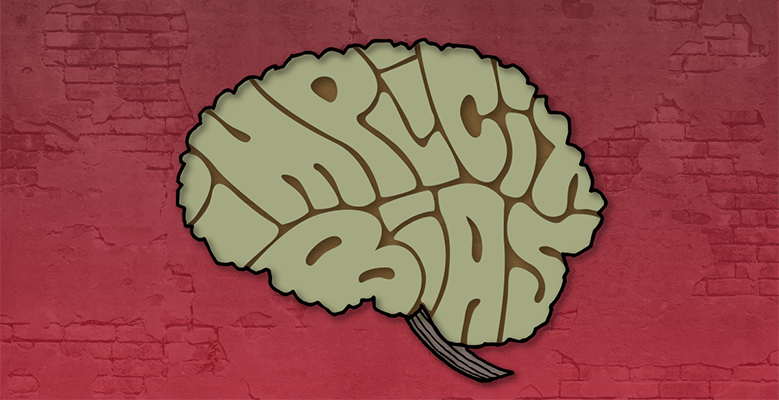 If you’re wondering if you have implicit bias, you do. Implicit biases are formed through past experiences. If one’s environment has told one their whole life that pitbulls are dangerous, one might move a few steps to the left when someone is approaching with their pitbull on their right. If you want to check your own implicit bias, Harvard has developed Project Implicit. On their website you will find a series of tests that test different unconscious biases. The test works by associating words to words (or in some cases pictures) in a series of given scenarios. You really just have to check it out here: https://implicit.harvard.edu/implicit/.

The website offers two tests on gender, both specific to implicit biases about gender in the workplace. And, of course, the result resulting from these tests is unsurprising. 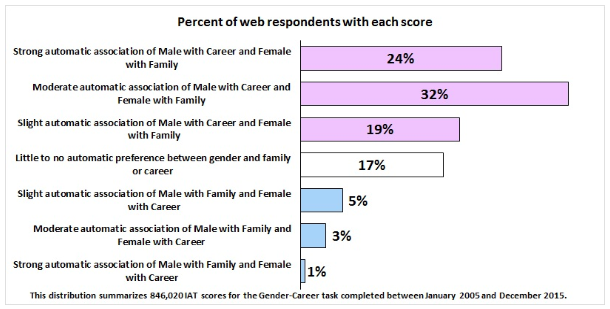 For the Gender-Career test, 75% of test takers made some level of associate between females with family and males with the workplace.

For the Gender-Science test, 70% of test takers made some level of associate between females with liberal arts and males with science. These numbers mean something. They explain that the notion that females are pushed into liberal arts jobs, or no job, is valid. In the workplace, there is still the general cognition that managers are males, therefore subconscious gender bias causes females to remain at the bottom of the ladder while men receive promotions. Men are more likely to win more prestigious prizes in science, despite women putting in the same quality of work. Women have won 2 out of around 300 Nobel Prizes in physics. It’s not because women are not as capable, they are just not given the same opportunity and acknowledgement as men based on their efforts.

Despite not being the most evident of things, there are still steps employers, and society can take to decrease implicit bias in the workplace. One way for employers to avoid implicit bias in recruiting is by implementing blind evaluations. Online program can help employers minimize bias by hiding a job candidates physical attributes from applicants. One program, called GapJumpers found a 60% increase in diverse candidates through using the program. As a society, girls and boys can be equally encouraged into all fields, until they figure out their own interests. Girls should be given female role models in STEM, leadership positions, and so on. Implicit bias is learned, not innate, and once aware of it we can work towards eliminating it.